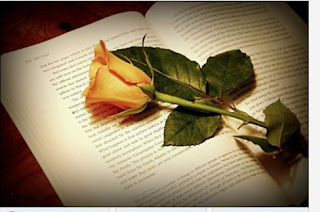 We authors are a psychotic bunch. We come up with an idea, turn it into a story, and when we realize the story is crap we still keep writing it. Really! Most people would just cut their losses and move on, but... they aren't authors.

Those of you who are writers probably know exactly what I'm talking about. You had those moments where you penned something, realized you don't like it, and set forward with re-writing it. It might be easier to just delete the whole thing and start with a new idea, but for us it's hard to let that baby go.

Recently, I had to learn how to let go. This year's resolution is to finish at least some of the started WIPs I have. Look at that side bar near the bottom for a second. See all those things I'm working on? Most of them have been there for over a year. Some over two years (and one over 3 years. I'm scared to open that one).

One of those stories in particular, Bunnies and Batteries, was started like two years ago and abandoned. I abandoned it because I didn't like the heroine, and I didn't care for the plot. Yet, I still kept the saved word doc, still intended to finish that story. So I did. I rewrote it. Re-wrote the entire idea, changed the heroine, improved the conflict between her and the hero. And then, I sent that baby off.

Last week, I signed a contract with Evernight Publishing to make Bunnies and Batteries into a free read. It will be available for download sometime in March. I hope you will download it when it's out.

With B&B done and out of the way, I now have to pick the next started and abandoned WIP on my list. Wonder where that one will lead.
Posted by Angelina Rain at 7:00 AM