There's An App For That 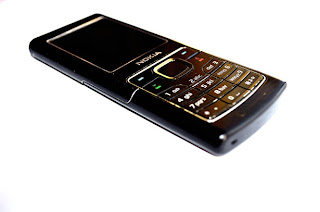 I admit, I've always had a problem with weight management. I like food, and although I eat salads, I'm not prone to eating only like a rabbit. I enjoy my burgers, pizza, and chocolate cake. So with my eating habits, its easy for me to put on those extra pounds. My lack of love for working out makes it hard for me to get rid of them. For the most part, I've always had my weight under control. I was never skinny, but I wasn't fat either. I guess it's best to say 'normal' (although we all know I'm far from normal, lol).

After I got married, I gained the 'after marriage five'. Then a year into the marriage when it started to fall apart, I gained a lot more, and near the end when my marriage really started to crumble, I skyrocketed into numbers higher than I ever thought possible. It happened so fast. It must have been the stress combined with food and lack of working out.

Since my divorce, I lost a good twenty, but over the course of a year gained five back. Still, I have a lot more to lose to return to my pre-marriage size.

Recently, on a whim, I decided to search for weight loss apps on my phone. I didn't think I would actually find any, but I was wrong. I found an app that had a bunch of five star ratings, and it was free, so I downloaded it. It's called Lose It, and it calculates how many calories you can eat throughout a day, and it shows your daily calorie consumption.

Although the app is designed to only let you lose two pounds or less per week, I can happily say I've been using it for a week and lost five pounds. I finally found something that works for me, without making me feel like I have to eat like a rabbit.

What about you? What is your best, most effective weight loss technique?
Posted by Angelina Rain at 7:00 AM