Oops! I Did It Again! 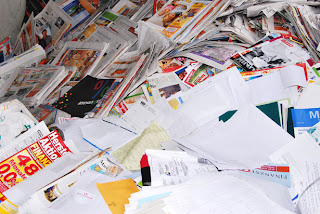 Haha! That Britney Spears song is playing through your mind, right? It's playing through mine, because I just broke my New Years resolution. Yup, I was good through all of January and February, avoiding all those shiny new ideas in my head, telling them that they have to wait until all my started books are done before I will even consider writing them. One idea broke through, demanding to be written now rather than later.

For me, starting a new WIP is the worst thing I could do. I'm a starter. Not a finisher. If I allow myself to act on a new idea, I get a few chapters in before another shiny new one comes to mind. Nothing ever actually gets done and my Started WIP folder starts to look as cluttered as the image to the side.

If I hadn't forced myself to stop starting new projects, Sucking Santa's Candy Cane, Bunnies and Batteries, and His Guardian Witch would have never been finished. So this being strict with myself thing is working, if only I could stop breaking my own rules.

I think part of the reason why I was so compelled to start something new is because I'm kinda scared to finish the current WIP I'm working on. I'm writing Midnight Lover, which was originally started in 2010. Yes, that book has been on my computer for that long, and it's the oldest abandoned project I have. I've glanced over the story and the idea itself is fascinating, but the writing is horrible. It needs a complete rewrite of what is already written to it, as well as for me to continue with that story and actually finish it. That's a hard job ahead of me. However, as scared as I am of that massive rewrite, I know I can't hide behind new ideas, so I plan to return to that long abandoned project. Wish me luck with it!

Are you good at finishing what you start? If no, what is your oldest abandoned project (it could be anything from writing, to knitting, to whatever)?

*Image taken from PublicDomainPictures.net
Posted by Angelina Rain at 7:00 AM