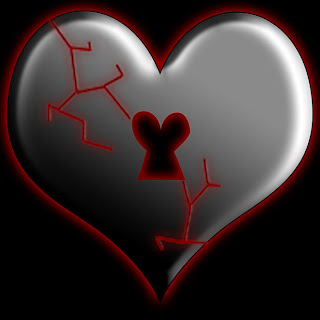 How hard could it be to get over a bad break up? For most people, it's a few months away from that person and they are over it. For me, that proved to be impossible. You see, for the first two months after our separation, I was doing great. In those two months I managed to rewrite and sub Rescued Love, and completely finish and sub To Die Tonight. I also lost fifteen pounds. I was doing great.

And then those texts started. "I still love you", "I miss you", "I think about you all the time", "Where did we go wrong".

At first, I tried to ignore them, but they came every two weeks like fucking clock work. Eventually I broke down. He actually called and I answered. We talked for an hour and he told me how much he has changed.  How he now realizes that I was right and he was wrong. According to him, he couldn't even sleep in what used to be our bed as that brought on too many memories. He wanted a second chance, and I provided one.

We went out for breakfast one day. After that date, I didn't hear from him for two weeks. His excuse was "I'm so lost right now. I need time."

I was ready to delete and block his number then, but I didn't, all for one reason. I still get along with his mother, but she's getting older and her health isn't great. I want to be informed if anything happens to her, and he's the only person who would inform me.

So I kept his number and another two weeks later I got another text. This time, I made it clear that if he still wants me in his life, we could only be friends. I gave him a chance and he brew it. He agreed to being just friends, and invited me to a home cooked meal dinner at his place. He had decorated the table with candles and fake flowers, and made a romantic meal. Shows me how little my "just friends" speech meant to him. After that dinner, once again I didn't hear from him for weeks.

This has been going on for like six months now. Every two weeks, like fucking clockwork. Every time I'm so close to forgetting about him and getting on with my life, I get that dreaded text, and it pulls me back in. I can't concentrate on writing sensual romances when deep in my heart, I'm going through the "I want to hurt this man" phase. I want this to stop. I've told him to stop. He doesn't listen.

About a week ago, I got the most recent text (and yes, I'm retyping what's on my phone) : "I can't seem to get you out of my head. I really think it sucks how we wound up. How things played out. I would love it if you were here with me. I just really don't know where to go from here. Although you're not here in body, you're here with me in in my heart and my mind."

Why oh why does this bastard keep doing this to me?

* The image above was taken from: Public Domain Pictures [dot] Net
Posted by Angelina Rain at 9:16 AM